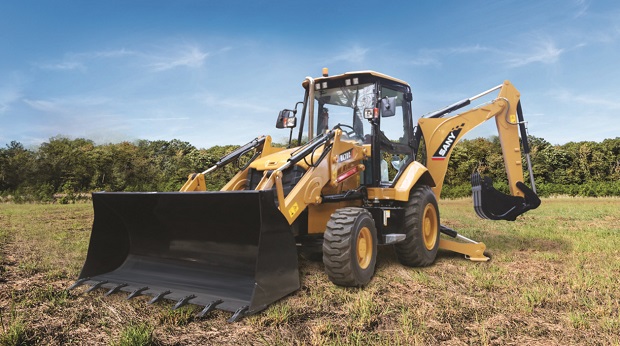 A backhoe loader, also called a loader backhoe, digger in layman's terms, or colloquially shortened to backhoe within the industry, is a heavy equipment vehicle that consists of a tractor-like unit fitted with a loader-style shovel/bucket on the front and a backhoe on the back. Due to its (relatively) small size and versatility, backhoe loaders are very common in urban engineering and small construction projects (such as building a small house, fixing urban roads, etc.) as well as developing countries. This type of machine is similar to and derived from what is now known as a TLB (Tractor-Loader-Backhoe), which is to say, an agricultural tractor fitted with a front loader and rear backhoe attachment (wikipedia)

Typical earthworks include roads, railway beds, causeways, dams, levees, canals, berms and land grading. On this page an overview of industries of earthwork and earth-moving machines, such as scrapers, loaders, graders, bulldozers and dragline excavators.